McIntrye et al. used population data to examine the effect of the economic recession of 2008-09 on food insecurity among homeowners and renters. The authors found that the recession increased the vulnerability of renters to food insecurity but had no impact on homeowners. The results of this paper indicate a reduced ability among renters to weather financial shocks. 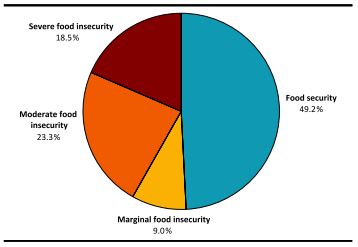